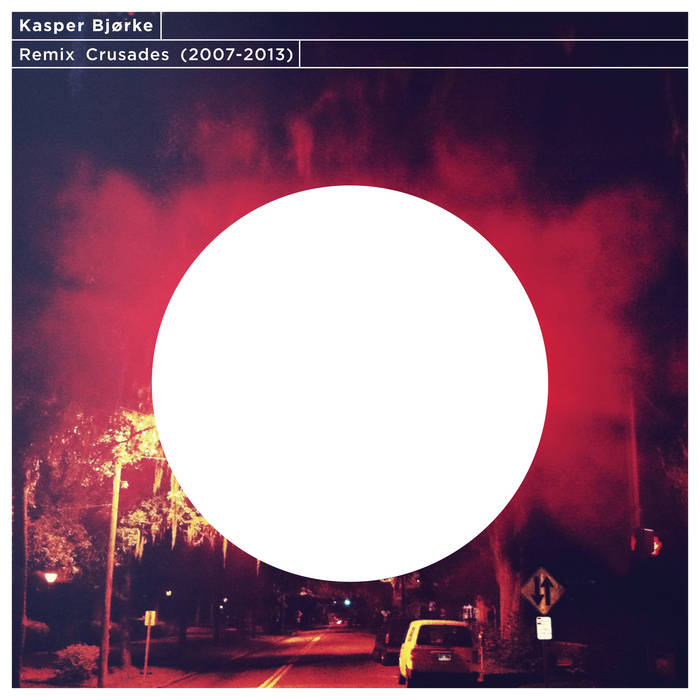 “To me, remixing is about honouring the original composition by deconstructing it and adding new ideas from my own sound universe, and in that sense create something entirely new.“
Kasper Bjørke is no stranger to the art of the remix, having amassed a prodigious back catalogue over the past half decade. However, unlike so many other artists driven to churn out versions to keep their name in the limelight, one gets the sense that the young Dane has a quality control mechanism that elevates each mix he puts his name to – and a crucially deft ear for the artists he invites to rework his own compositions.
It’s with that in mind that hfn music proudly presents Remix Crusades (2007 – 2013) – a timely reminder that remixes can offer committed artists the creative platform to produce some of their most inventive work. Split evenly down the middle, half of this release focuses on remixes of Kasper Bjørke tracks over the past 5 years (including tracks of his 2012 album release ‘Fool’), with the second half a treasure trove of remixes he made for other artists.
Available in one place for the first time, the collection (which also contains a couple of exclusive unreleased tracks), is a perfect summation of the Bjørke’s disco-fied house music style, and a great opportunity for the non-DJs to catch up with his exceptionally high output over the last few years.
The list of artists lining up to re-interpret his original compositions is mouth-watering to say the least – from US sensations Nicolas Jaar, Still Going and Slow Hands, to the cream of European club land – rising stars Mano le Tough, Maxxi Soundsystem and Catz’n Dogz, underground flag-bearers Wareika, and fellow countrymen Trentemøller, WhoMadeWho and Kenton Slash Demon.
When Bjørke himself is at the controls, the results are no less devastating. Bjørke describes the process thus, “a remix portfolio becomes a sort of production diary that can go hand in hand with my own original material. It reflects my influences of the time I worked on the remix – and sometimes you can hear sounds and ideas in the remixes that have affected compositions on my own singes and albums.”
As evidence of this, witness the outstanding work he produces for the likes of Michoacan, Trentemøller, Ilya Santana, Moby, Gluteus Maximus, Human Woman and many more. His talent for deconstructing wildly disparate styles and pulling together tracks that are definitively by the hand of Kasper Bjørke, is clear to see.