Standing On Top Of Utopia 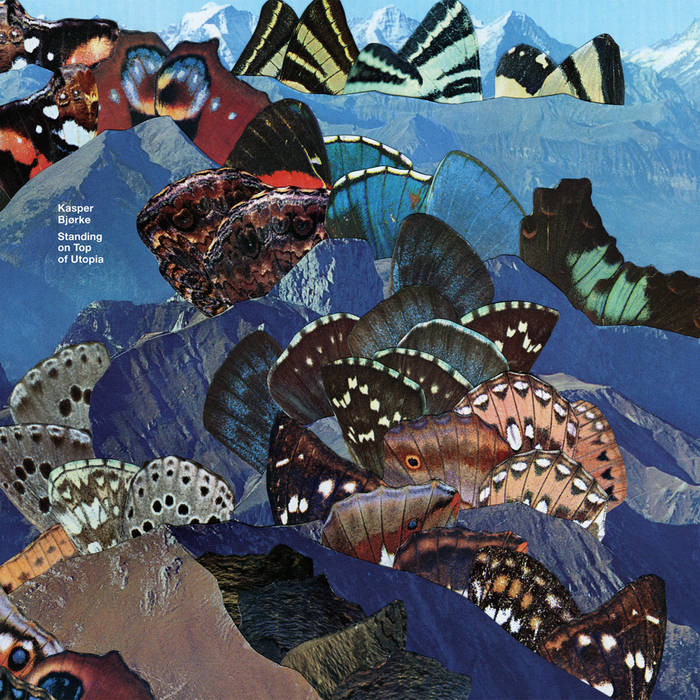 Danish prize export Kasper Bjørke comes from the heart of the thriving Copenhagen electronic scene. After more than a decade as a busy producer and DJ, Kasper has released his work on labels like Plant Music, Fine, Thugfucker and V2 Records and in addition received a Danish Music Award as Best Producer, for the well known project Filur, which he still runs with his old friend Tomas Barfod (Tartelet / Gomma / Get Physical).

Two years after his much applauded solo debut 'In Gumbo' (released on NYC based Plant Music in 2007) Kasper Bjørke is ready to release his sophomore record, 'Standing On Top Of Utopia' which is scheduled for release in February 2010.

The album is an exciting multi-genre journey through Kasper's mature, extravagant and richly musical mind. Lashings of glittering analogue synthesizer jams, warm throbbing post-disco trips, touching, heart-felt pop songs and dark electronic club tools are all present. Kasper really went to town on this album, and each track literally overflowing with top class studio and musical ability. Bursting with live instrumentation, tape-deck overdubs and an unmissable finger-on-the-pulse atmosphere, its a treat for the ears and in fact all the senses. 10 uplifiting, melancholic, timeless and life-affirming songs lie in store.

A veritable Danish entourage of vocalists including Louise Foo (Giana Factory) and Tomas Höffding (WhoMadeWho) are featured on the album alongside a wide selection of guest musicians. Jacob Bellens (I Got You On Tape / Murder) contributed the vocals and lyrics on “Young Again”, the first single to be lifted from the album, which comes complete with superb remixes from Serge Santiago and Lopazz & Zarook.

Featuring the soft and sexy charms of Danish singer Louise Foo, 'Animals' sets the tone for the album with warm synthesizer textures and hot analogue sentimentality. A teasing introduction to Kasper's second album, this atmospheric and tense synth pop jam opens the door into this world. 'Reach out and reach us...'

The first single to hit the shelves before the album drops, 'Young Again' is a powerful, anthemic and essential Kasper Bjørke future classic. Jacob Bellens' rich, heartfelt vocal sits perfectly with Kasper's emotive multi-timbral backing. Bellens, of 'I Got You On Tape' and 'Murder' fame is well known amongst Copenhagen's rich and historic music scene, and so it made perfect sense that Kasper teamed up with him to create this spellbinding modern pop song.

Dropping into 'Dasko Vanitas' is like taking a ride down the multi-coloured streets of New York, dripping with soul, electronic funk and melancholic jazz undertones. One of several superb instrumental tracks on the album, Kasper actually began working on this track while living in the East Village of Manhattan.

An uptempo, truly uplifting dance track in classic Kasper style. Capturing disco club energy, a raw post-punk throb and a whole lifetime of musical inspiration, this track was written by Kasper Bjørke, and performed with Tomas Höffding from WhoMadeWho.

A tough, dark and brooding club track that Kasper tells us he's had a lot of fun dropping during his DJ sets, 'Melmac' embodies the more electronic side of Bjørke's production repertoire. Chunky, unforgiving and dangerously funky its a wonderful addition to this diverse and richly influenced album.

Again featuring the lyric and vocal skills of Jacob Bellens, 'Alcatraz' is a driving, piano-led story of ghosts and of children. Mystic, pop, magic, dub, funk!

This beautiful, haunting melodic journey features the work of cellist Cæcilie Trier. Dark brooding and mysterious, we find Kasper wondering off into the wilderness of his mind as we catch an insight into yet another side of this multi-talented musician.

An inspired cover of the Rolling Stones classic, 'Heaven' features once again the sensual vocals of Louise Foo. Kasper always wanted to do a cover and this seemed to be the perfect track to pay tribute to. Rousing, floating and sublime, you'll be carried away into celestial places before landing firmly back on terra firma.

An ode to his more techno-orientated project using the moniker Kasper Bjørke & His Friendly Ghost, 'Fido...' is a deep grooving, bass heavy analogue jam. Warm, pumping and free flowing its another tense and melancholic work, hinting that the album is drawing to a close.

Again tension lies at the heart of this thick and raw synthesizer refrain. Bubbling, tripping and echoing of the cold-wave-new-wave-synth-pop that clearly inspired Kasper over the years. Beatless, modulating and full of life, its a mysterious and inspiring close to the album.